Covid-19 | The Correlation Between Confirmed Cases and Employer Hiring

Having looked at the change in employer postings during the Covid-19 crisis, both in terms of its effect on actual occupations and regions, we’re now going to do something we think you will find really fascinating — meshing our job postings data together with Government data on the outbreak to show the correlation between the two.

In the chart below, we have plotted the daily change in job postings since the beginning of February, along with the cumulative numbers of confirmed Covid-19 case throughout the country. The picture really is stark, with employer hiring tailing off from 21st March, and then dropping like a stone on 22nd March and following. However, although there is correlation, it should be noted that it is not so much the case increases themselves that have led to the massive drop — postings were still holding up reasonably well when the official cases reached around 4,000 — but rather the measures that have been imposed by the Government, which have obviously caused many employers to cease their hiring plans: 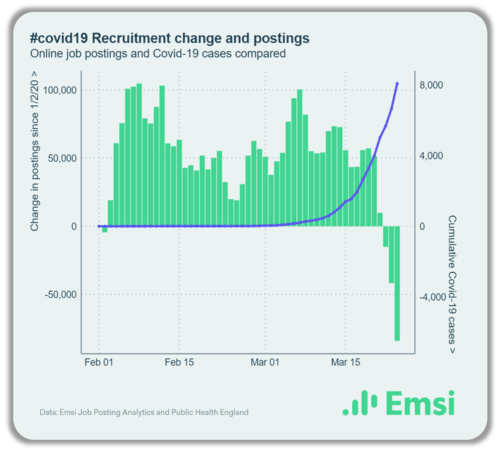 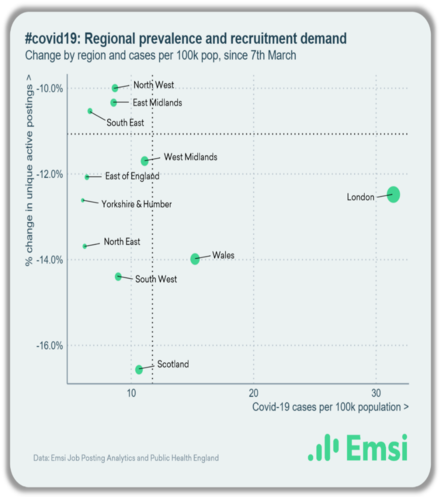 The data here is still somewhat in its infancy, but as the crisis unfolds, we would expect to see: