In October 2014, NFU Regional Director William White said “labour may rival weather as the biggest challenge to growers in the future.” Over the last few years, his words have proved increasingly correct. 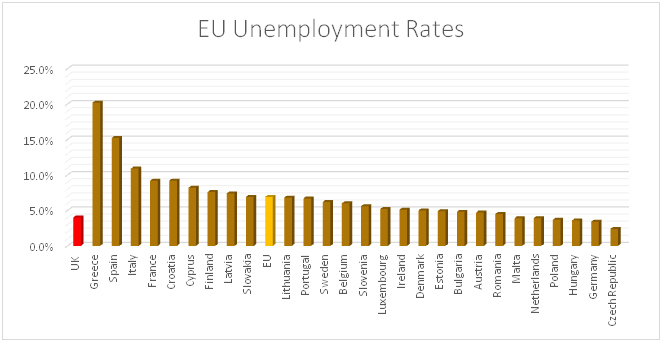 Research for the 2018 season shows the following:

The facts speak for themselves; labour is harder to find and more expensive to supply. For labour providers and labour users alike.

The UK’s vote to leave the EU has had a number of effects on labour supply:

The statistics above are based on the national picture, and it is important to remember that at a regional level, the problems can be much worse.

In Herefordshire, there are 4 large soft fruit farms need c.3,400 seasonal staff, but there are only 769 registered jobseekers in the area. One of the fruit farms had to send 100 bins of apples for juice instead of eating, at one fifth the price, purely because they didn’t have the workers to harvest in time.

In Cornwall, recent research found that after the Brexit vote recruitment immediately became more difficult for horticultural farms, harvests could not be lifted in full, and staffing requirements dwindled to 65% of need. Food is literally rotting in the fields.
How much do you know about your local labour market?

The ALP is lobbying for a Seasonal Workers Scheme, and a sensible UK immigration policy that supports UK businesses, and many other industry bodies are supporting this approach.

At a site level, there are various things you can do to influence the future of the UK labour market:

In the meantime, however, our best advice is that labour providers and labour users need to work in partnership to overcome the challenges their businesses are both facing.  From regular planning meetings and accurate forecasting to creating a positive worker experience (from recruitment through onboarding and beyond) that will lead to high referral rates and better retention rates, the best results can only be achieved by working together.