The recruitment industry survey tracks both the average salaries awarded to people placed in permanent jobs each month, as well as average hourly rates of pay for temp/contract staff.

Starting salaries for people placed in permanent jobs increased further during March. The rate of growth was strong, having accelerated to a four-month high. Around one-quarter of panellists reported a rise in salaries during the latest survey period, citing competition for scarce candidates.

The fastest growth of permanent salaries was recorded by consultancies in the North.

Hourly rates of pay for staff in temporary/contract employment continued to rise in March. The latest increase was the fastest in three months, having accelerated from February’s 33-month low.

The North saw the sharpest increase in temp pay, while the weakest growth was indicated in the Midlands. 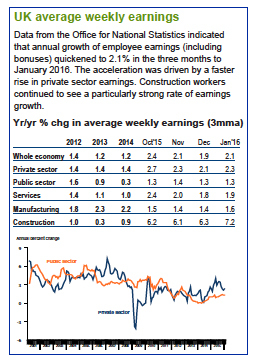